The Birth of The Tramp Celebration - Bologna 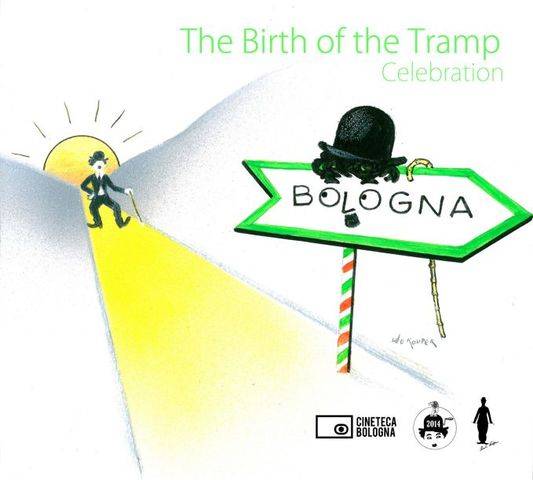 On February 7th, 1914 Charlie Chaplin wore his Tramp costume for the very first time in front of a camera. Arguably he is the only filmmaker who captured the dark essence of the 20th century in such a universal and misleadingly light-hearted way. Cineteca di Bologna and Association Chaplin are celebrating this important anniversary with a three-day event.

The Birth of the Tramp Celebration will begin on the evening of Wednesday, June 25th with an outdoor live orchestral screening in Piazza Maggiore of Kid Auto Races at Venice with Timothy Brock’s new score composed especially for 2014, and other films to be confirmed, accompanied by the Orchestra of the Bologna Opera House.

Registration details can be found on the Cineteca di Bologna’s special web pages dedicated to the event.

The conference will start in the morning of Thursday 26th. Highlights of the first day will include a keynote address by David Robinson, and a talk from Paul Duncan who will reveal some hitherto unknown gems found during his work on the Chaplin Archive book for Taschen (publication autumn 2014).

The conference will cover a large breadth of topics: presentations will deal with Chaplinitis, fakes and imitators and the Tramp’s reception and influence in Czechoslovakia, India, Japan and China, to name but some. There will also be papers on The Tramp in Art and Philosophy, and animation, on Chaplin the Filmmaker, and Chaplin & Music. Keynote speaker Lisa Haven will tackle Chaplin’s influence on members of the American Counterculture movement.

On Thursday evening Jos Houben’s The Art of Laughter followed by Dan Kamin’s Funny Bones will be performed in a local theatre. Friday’s evening show will be an illustrated talk by Kevin Brownlow on Chaplin and the First World War.

An exhibition of some Chaplin works by Leo Kouper, the artist who painted his first Chaplin poster in the 1950s for the re-release of the Gold Rush, will include ideas that never made it to the United Artists advertising department. Mr Kouper will be in attendance and designed our celebration poster and logo.

Michael Chaplin will present his latest research on his father’s gypsy origins and David Totheroh, grandson of Chaplin’s longtime cameraman Rollie, will discuss his grandfather’s work.

Invitations have gone out to filmmakers, writers, and film critics. Updates on the conference schedule, the screening program and all related activities will be released on the conference website in the months leading to the event.

The 2014 Il Cinema Ritrovato film festival will start on Saturday June 28th and run throughout the following week to end on Saturday July 5th.