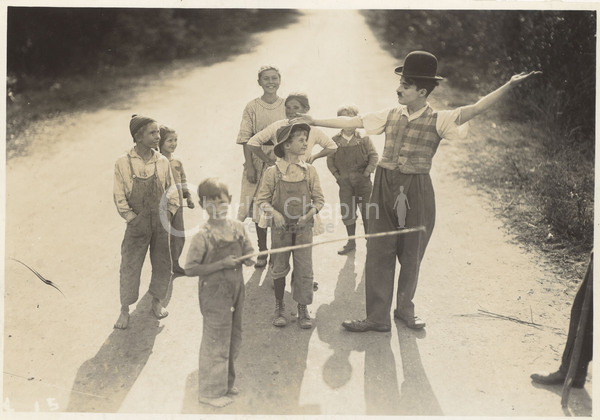 Charlie Chaplin is a great teaching tool! You can download some educational material by clicking here. The resources in this file are for educational purposes only. They may not be used commercially. Please be creative with them! Kids can use the images of Chaplin to create their own Chaplin movie posters, for example. They can also create their own flip-books using material from the original press book of the 1940 release of The Great Dictator, or make cutout paper dolls from the 1936 Modern Times press book.

If you have any questions or if you’d simply like to share any of your classroom’s Chaplin creations with us, please don’t hesitate to get in touch:

The Chaplin films owned by Roy Export, all those made by Chaplin from 1918 onwards (except A Countess from Hong Kong), may only be accompanied by Chaplin’s full symphonic score, either played live by an orchestra or on the film’s actual soundtrack. For the rights to screen one of these films in your school, please contact:

CURZON for the UK.
info[AT]curzon[DOT]com

Or contact us at office[AT]charliechaplin[DOT]com for your country, if not listed above.

The films made by Chaplin before 1918 for Keystone, Essanay and Mutual are in public domain, so there is no copyright for the films themselves. However, different people or companies may have copyright in and to any image restoration they have carried out on the films, or in and to the music put on a particular video or DVD to accompany the films. Therefore, you cannot just screen from a DVD that you buy in a shop because it may contain such copyright material.

David Shepard, of Film Preservation Associates in California, has the best quality restorations of Chaplin’s 1915 - 1917 films that we know of. His email address is DShepFilm[AT]aol[DOT]com. His associate in Europe, Serge Bromberg of Lobster Films, serge[AT]lobsterfilms[DOT]com would also be able to license the footage to you.

Lobster is also in charge of clips from the Keystone (1914) restoration project by the BFI, Cineteca di Bologna, and Lobster. Chaplin did not compose music for the films he made before 1918. These can be accompanied by piano, organ or any other instruments playing the music of your choice.

Our official website is full of articles, news, book and DVD information.

If you need images from Chaplin films, please visit our image bank.

Please visit our Facebook page for our latest news.

You can also check out our Youtube channel for clips from films and other videos.

The Cineteca di Bologna has scanned all the Chaplin archives - documents and photographs from the Chaplin Studios and the films.

You can also read about “Ciné-Pousse” Filmmaking Workshops for Kids, which Roy Export and the Chaplin family are happy to sponsor. 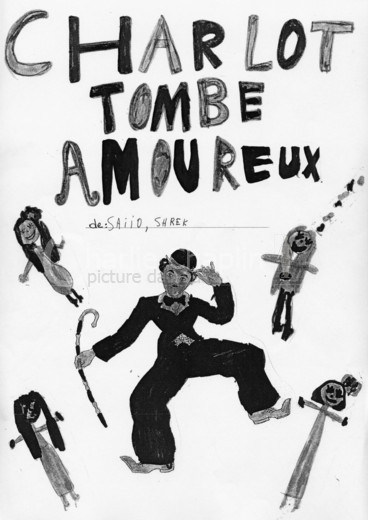