FOOTLIGHTS with THE WORLD OF LIMELIGHT by David Robinson


Today at the BFI Southbank in London is the launch of the new book THE WORLD OF LIMELIGHT by Chaplin biographer David Robinson, which includes Charlie Chaplin’s novella FOOTLIGHTS. David Robinson, will be there, as well as British actress Claire Bloom, who co-starred in Limelight as the dancer, Thereza. The book, which is in English, is available on Amazon and through the Cineteca di Bologna’s website. 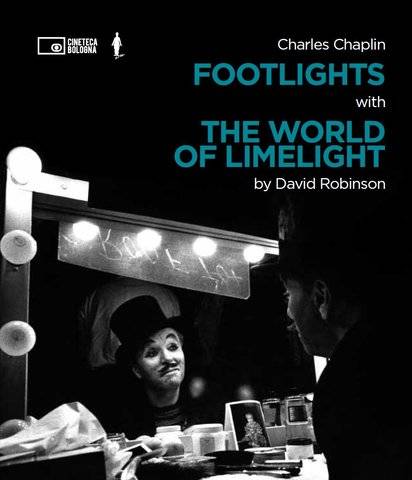 Well before becoming one of the masterpieces of Chaplin’s artistic maturity, and even before existing as a screenplay, Limelight was conceived by his author as a 34,000-word novella: after remaining virtually unknown for more than sixty years after its completion Footlights is now published by Cineteca di Bologna in this volume for the very first time. Chaplin’s vivid, idiosyncratic style, unadulterated by editors, moves freely from the baldly colloquial to moments of rich imagery and Dickensian description. For a setting, he looked back to London and the music halls of his first professional years, an enchanted period in which he had broken out of the deprivations of his childhood to discover, progressively, his unique gifts as entertainer and communicator. But this retrospect also recalled the painful insecurity of an uneducated, uncultured boy launched into the world of success.

David Robinson, Chaplin’s most eminent biographer, traces the long yet logical evolution of the story, from its unlikely origin in Chaplin’s 1916 meeting with Nijinsky. The succeeding commentary recounts the making of the film, and traces the real-life sources of Chaplin’s memories: the people and theatres of London’s Soho, and the unique ballet tradition of the two great theatres of Leicester Square, the Empire and the Alhambra, commemorated in Limelight for the first and only time on film.

The book is illustrated with a great wealth of previously unpublished documents and photographs from the Chaplin archives, historic pictures of the theatrical world of Chaplin’s youth and images from the author’s private collection.