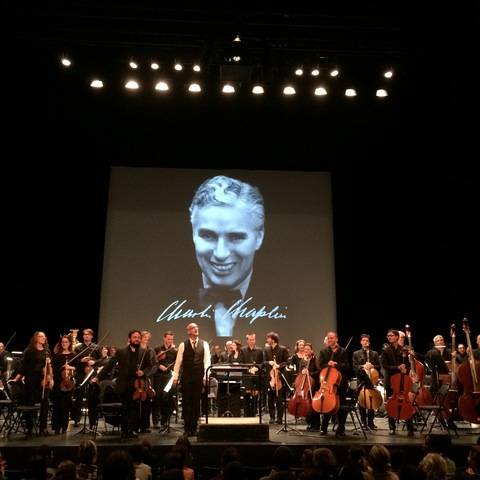 Here’s a photo taken just after the screening of Modern Times on October 1, 2016 at the Théâtre la Piscine in Châtenay-Malabry, France. Timothy Brock, who restored several Chaplin film scores, brilliantly conducted the Orchestre national d’Île de France. It was fantastic to hear the audience’s uninhibited laughter throughout the film, followed by very generous applause at the end.

If you are interested in attending a screening of one of Chaplin’s masterpieces, accompanied live by a symphonic orchestra playing Chaplin’s own score, then take a look at our regularly-updated list of live orchestral screenings worldwide. Perhaps there’s one near you!