As reported in Variety, Altitude and Showtime have announced that they are teaming up in representing worldwide rights to Chaplin (working title), the upcoming second feature documentary from Peter Middleton and James Spinney, three-time BAFTA nominees for Notes on Blindness.

Altitude is handling international rights for the film and is introducing the project to buyers at Cannes. Showtime has North American rights. Altitude has also acquired distribution rights to the film for the UK and Ireland. 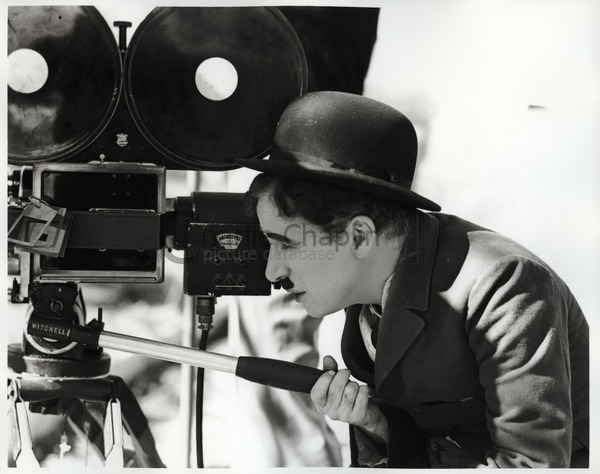 Chaplin is being funded by the BFI, awarding funds from the National Lottery, Film4 and Showtime. Further support comes from the BFI National Archive’s world-class collections and Chaplin’s World by Grévin. Chaplin’s World is a museum, housed in the historic ‘Manoir de Ban’ in Vevey, Switzerland where Chaplin lived for 25 years. It will act as a shooting location for sequences set during the latter stages of his life.

Chaplin is both the ultimate rags-to-riches story and a revealing, poignant and definitive portrait of cinema’s most iconic figure. Groundbreaking, controversial, outspoken, visionary; for decades he was the most famous man in the world – but who was the real Charlie Chaplin?

BAFTA-nominated filmmakers Middleton and Spinney have gained unprecedented access to Chaplin’s personal and creative archive, including a treasure trove of previously unknown material. Through unseen outtakes and newly unearthed audio recordings, Middleton and Spinney will chart Chaplin’s escape from an impoverished childhood in late-Victorian London to the bright lights of Hollywood at the dawn of cinema. But although his fictional alter ego the ‘Little Tramp’ brings him global fame and total artistic control, turbulent creative anxieties, successive personal scandals and a controversial political voice ultimately lead not only to the demise of his beloved character, but his rejection from America and self-imposed exile.

Ben Limberg (Smaller Biggie) and John Battsek (Passion Pictures) will produce alongside Mike Brett (Archer’s Mark), bringing award-winning experience from previous films including Listen to Me Marlon and Notes on Blindness. Limberg said: “Chaplin’s family have been enormously supportive and helpful in the making of this film. And through the wonderful Kate Guyonvarch, who runs the Chaplin estate, we have exclusive access to the entire Chaplin library, an extraordinary collection of materials. Mixed with breathtaking new audio of Chaplin speaking about his life and work it is truly humbling to be making such an exciting film about the father of cinema.”