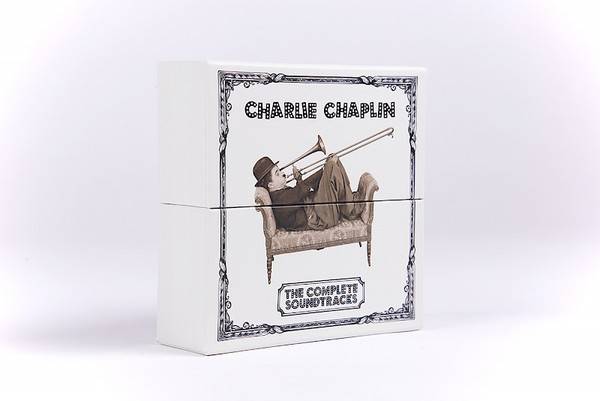 Continuing our collaboration with [PIAS], we are excited to announce the release of Charlie Chaplin - The Complete Soundtracks 12-CD box set with 64-page booklet. This box set follows the double CD and double vinyl editions of the Charlie Chaplin Film Music Anthology released by [PIAS]/Le Chant Du Monde earlier this year. 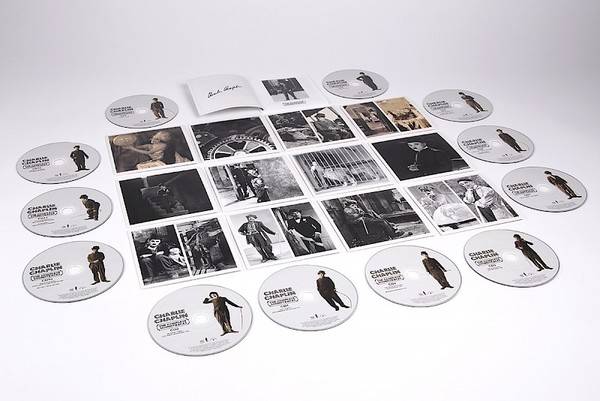 Each CD comes in a cardboard sleeve with iconic Chaplin film stills illustrating the soundtracks within. Each CD has a photograph of the Tramp in a different pose with his signature baggy trousers, bowler hat and cane. 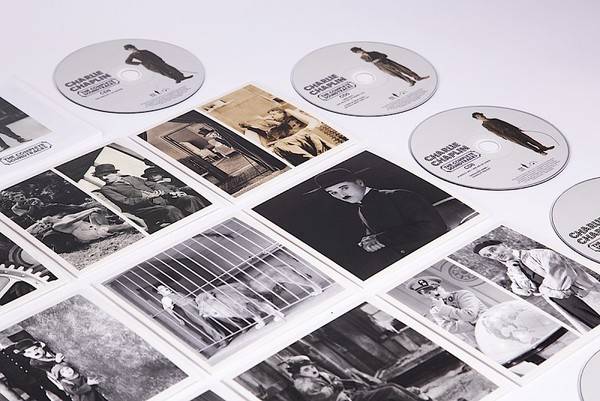 Some of the CDs include never-before-heard recordings of Chaplin composing and rehearsing as bonus tracks. The booklet includes information on Chaplin’s life and work, song lyrics, as well as rare photographs and documents from the Chaplin archives. Unfortunately the music from A Countess from Hong Kong (1967) is missing from this soundtrack set as the rights do not belong to the Chaplin rights holding companies, and the recording is therefore not part of the Chaplin archives.

Photos of the packaging by Carlo Polisano / Key Production.