By the time Modern Times was released in 1936, talking pictures had been established for almost a decade. The Chaplin archives reveal that Charlie Chaplin contemplated making Modern Times as his first “talkie”, but in the end he used sound effects, sparse recorded voices - like the factory manager on a video-surveillance screen in the men’s restrooms – and his own musical score, which he began working on in 1935.

Later the song SMILE from the film became a classic, still sung and recorded by many.

Coldplay have licensed from our office the use of Chaplin’s legendary final speech from The Great Dictator to open their current “A Head Full of Dreams Tour”.


We’ve uploaded a hilarious new video to our Youtube channel, TheChaplinFilms of Charlie Chaplin without makeup boxing lightweight champion, Benny Leonard, at Chaplin’s studio in 1918. Watch the fun archive footage below. And don’t forget to subscribe to our channel to stay updated on new videos!

Charlie Chaplin’s Modern Times will be accompanied by the Orchestre national d’Île-de-France, conducted by Timothy Brock, at the Théâtre Firmin-Gémier-La Piscine outside of Paris, as part of the Festival d’Île de France on October 1, 2016. 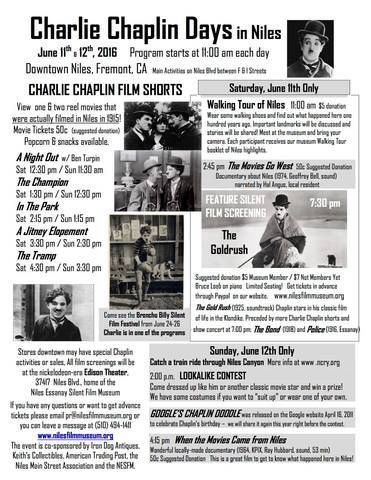 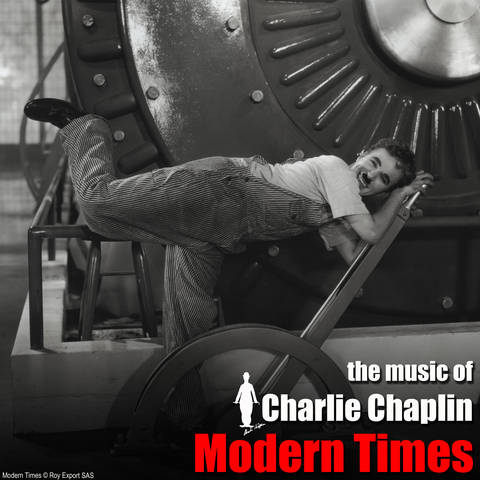 Last year, we launched the digital distribution of the soundtracks to The Kid, The Gold Rush, The Circus and City Lights. We also released Charlie Chaplin’s legendary final speech from The Great Dictator on digital platforms such as iTunes, Spotify, Deezer, Amazon, etc.

Very soon, we will be releasing excerpts from the original recording of the music to Modern Times, as well. Stay tuned! 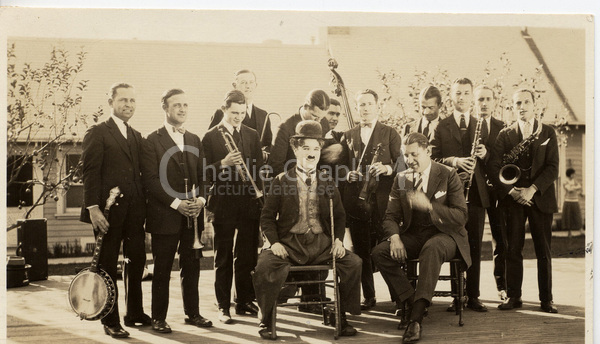 Chaplin’s archive does contain the entire, full, orchestrated scores. But Chaplin, as a filmmaker, was making changes all the time, sort of trial and error, and he was that way as a composer as well. He would compose a piece of music, they would make a short score of it and orchestrate it, and he would sit down with the orchestrator and tell him what to do. They’d make a full score, they’d make parts for the forty to sixty musicians, and then they would listen to it, and he’d go, “Hmm, no, I don’t like that, let’s have the oboe do this line instead, on trumpet here . . .” So players were writing stuff down all the time, because he was dictating the changes he was listening to. All of those changes were done on the parts, or on pieces of paper they attached to the parts. I found music for Modern Times on the back of laundry receipts and paper menus and things like that, whatever scraps of paper players could find at the last moment and write down some notes. - Timothy Brock

Read more about the delicate process of restoring Charlie Chaplin’s music in a new interview of Timothy Brock on Criterion’s website.