“Through these humble relics of popular culture we can track the growth of Chaplin’s phenomenal popularity, which is intertwined with the rapid growth of the film industry itself.”

Dan Kamin, author of The Comedy of Charlie Chaplin has written an interesting article about “Chaplin appearing on magazine’s covers.”:http://magazinehistory.blogspot.com/2009/12/charlie-chaplin-in-magazines.html

Nice good looking vintage magazines to have a peek at as well. 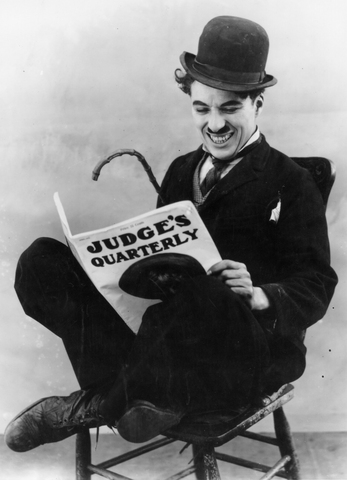 Chaplin Conference in the Heartland

Charles J. Maland, author of Chaplin and American Culture: The Evolution of a Star Image, celebrating its 20th anniversary. (Professor and Head of the University of Tennessee English Department )

In keeping with the theme of the conference, “Charlie in the Heartland,” which was chosen to commemorate Chaplin’s first trip to the United States with Fred Karno’s Comedians in October, 1910, we are seeking papers in a wide range of areas, all to do with Chaplin, his relationship with, influence on, or evocation of America, either during or after his long residence here. The following topics are meant to generate ideas for presentations, not limit creativity or exclude participation:

Individual papers or full panels are welcome to submit proposals.

Please send a 500-word abstract, a short bio and your contact information to Lisa Stein, Assistant Professor of English, OU-Zanesville, 1425 Newark Road, Zanesville, OH 43701 or via email by February 1, 2010. Graduate and undergraduate students are welcome and encouraged to submit.

N. B. We have tried to make this an accessible conference for young scholars by offering several low-cost housing options, as well as a reduced registration rate. We will also have a student travel grant available for applicants. Check back in early 2010.

The Zanesville Art Museum will host a six-week-long exhibit on Chaplin entitled “Charlie Chaplin and America,” to begin October 1, 2010.

Check the “website”:http://www.zanesville.ohiou.edu/chaplin/ for updates on this event.


Katie Melua has a lovely song about “Mary Pickford”:http://www.amazon.com/Pictures-Katie-Melua/dp/B0020H46KQ%3FSubscriptionId%3D1GGP2X6SNBRNARDHET82%26tag%3Dcharliechap0e-20%26linkCode%3Dxm2%26camp%3D2025%26creative%3D165953%26creativeASIN%3DB0020H46KQ eating roses, Douglas Fairbanks wearing a mustache “and musta had much cash” and Charlie Chaplin being invited, “when these artists became united”.

The clip has touching footages of D. Fairbanks M. Pickford and Charlie Chaplin playing around when they created United Artists. Those were the days…

Beware before listening, you might find yourself whistling the tune all day…


The complete retrospective featuring _ALL_ the Chaplin film !

At the “Austrian Film Museum”:http://www.filmmuseum.at/jart/prj3/filmmuseum/main.jart?rel=en&content-id=1251646240124&reserve-mode=active Vienna From December 2nd to January 7th 2010

Also included are interviews with people who knew and worked with Chaplin. The documentary is in three parts: My Happiest Years, Hidden Treasures and “The Great Director”.

A Song from Katie Herzig


A “charming song”:http://www.amazon.com/Apple-Tree-Katie-Herzig/dp/B0017PIADG%3FSubscriptionId%3D1GGP2X6SNBRNARDHET82%26tag%3Dws%26linkCode%3Dxm2%26camp%3D2025%26creative%3D165953%26creativeASIN%3DB0017PIADG from Katie Herzig nicely capturing the spirit of Charlie Chaplin.